Vai al contenuto
Ronda
One of the oldest and most spectacular Andalusian city, on the top of a plateau divided by a 100m deep gorge called El Tajo. It is located in an area away from the coast once famous for its trade and for attracting in the 19th century many famous people, such as Dumas and Hemingway who have found their inspiration from the its landscape and folklore.
Start to visit from the south, the new town, going to the old part, the Ciudad crossing the spectacular Ponte Nuevo which offers a breathtaking view of El Tajo, surrounded by a row of white houses built over the cliff.
For the braves, the Casa del Rey Moro, in the vicinity of the Ponte Nuevo, has a stair of 300 steps leading down to the bottom of the gorge. Be very careful, the stairs is largely in the dark and very slippery being carved into the rock. Once was used as an escape, or as a way to source the water to the city as well as point to attack the city.
To the north of the new bridge you will find the Plaza de Espana in the neighborhood of Mercadillo, famous for one of the novels written by Hemingway on the Spanish fascist period.
Continue north to the real attraction of Ronda and whole Andalusia, for the nostalgic but also for the curious of bullfighting and its history. The Arena of Plaza deToros still used after 200 years, is characterized by the intense yellow of its sand and hand-painted wooden balustrades that surround the 5000 seats. inside the Arena is the museum Taurino, a dip in the history of bullfighting. There you can learn more about the legend of bullfighting: Pedro Romero. His clothes are still stained with blood, a little macabre but rich in folklore. The fear and tension of this environment was also the subject of an ‘other work of Hemingway “Death at noon.”
Leaving the Plaza de Toros and still continuing to the north, relax and enjoy the wonderful scenery and the tranquility of Alameda del Tajo.
But what is the most interesting thing of Ronda? certainly its inhabitants, mainly gitanos who will welcome you with great familiarity and drag you in pleasant chats about their private lives, marriages, children, grandchildren, festivities, perhaps in front of a cool glass of tinto de verano. You will be enchanted by this fantastic and almost mythological place.
Setenil de las Bodegas
A country dug in the rocky walls of a plateau crossed by the river Rio Trejo
Cave houses complemented by beautiful white facades on the narrow streets. Terraces and natural shelters built into the rock and tunnel whose walls are the white walls of houses and the roof made of a overhanging rock.
Differenently from the other white villages, Setenil is built in Caves. On the border between the province of Cadiz and the province of Malaga, it is reachable from Ronda driving approx. 100km northward. it is s part of the characteric white villages ranging from Setenil to Arcos de la Frontera. In the past is served much to defend the Christian inhabitants of these areas by the Moorish in 1400 and now become attraction for tourists, many of those homes are now restaurants and bars in which you should keep an eye to understand what it was like to live in caves hundreds of years ago. Setenil is a beautiful place to discover on foot through its narrow streets, stopping to savor the great offering of its tapas bars, grilled meat, patatas bravas, followed by ice cold beer to drink in the shade of a cool shelter carved directly in the rock.
36.746209 -5.161225
Pubblicità
29400 Ronda, Málaga, Spain 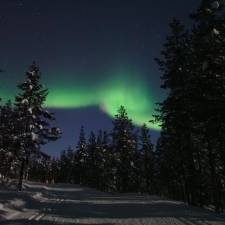