Cordoba is an explosion of colors, of its multicultural tradition and a desire for life that will conquer you. Known for its unique style cathedral: la Mezquita, but also because of its Patios full of vases, flowers and little fountains well kept inside the courtyards of the historical private homes.

Cordoba is an explosion of colors, of its multicultural tradition and a desire for life that will conquer you. Known for its unique style cathedral: la Mezquita, but also because of its Patios full of vases, flowers and little fountains well kept inside the courtyards of the historical private homes.

A perfect day in Cordoba starts visiting the Mezquita Cathedral and it column forest with double and horseshoe arches. Loose yourself inside this architectonical forest discovering the hidden surprises of this among the most beautiful examples of Muslim art in Europe that perfectly and peacefully coexists with the christian architectonical features of chapels and altars. This is a monument  which tells about history and the succession of several dominations and religions in Spain.

Once built as a minaret, it was enlarged several times, until reaching the present appearance characterized by a maze of columns. After the Christian conquest was enriched with baroque details as the chorus mahogany seats. The most ‘fascinating’ part is its Mihrab decorated with mosaic and wonderful marble. The cathedral is accessible from the tower originally used as a minaret from which extends the Patio de los naranjos, with its fountains and cobblestone courtyard cut by a grid of tiny channels for conveying rainwater, typical of Arabic architecture.

As soon as you exit the Mezquita, before venturing out on the Roman bridge that leads to the Torre de Calahorra, stop eating at Bar Santos and taste its delicious tapas. Unfortunately there is not plenty of seats available, just some right in front of the windows. Make your order and enjoy its typical dishes, stewed meat with tomato sauce and potatoes and the tortilla da patata, thick slices cut from actual wheels of tortilla and served on plastic plates that barely manage to hold their content. Take your saucer and go outside to enjoy it all in a corner of the sidewalk with an exclusive view of the Mezquita. Watch out for birds, too, they are very greedy of tortilla and do not seem to be very shy to grab a piece of it.

After this gorgeous break, head south of the Mezquita, about 10 minutes walk to reach the places where Cordoba explodes with color and odor during the Festival de los Patios Cordobeses in May along the streets of the neighborhood of Santa Marina and around the Plaza de la Magdalena as well as the Juderia and Calle San Basilio. During the festival of patios, Cordoba opens the doors of the private Patio to the public. Every family showcases the courtyard of his house adorned with vases that cover the walls from which protrude colored geraniums, orange blossoms, and bougainvillea. Everything is prepared during the whole year to reach its peak during the awards of the best patio chosen by a jury of patio experts.

A burst of colors, smells and life to be discovered within walking distance from the Alcazar de los Reyes Cristianos, first a Christian residence, then court and then civil and military prison certainly fascinating place for its gardens, fountains and lakes where big and curious carps swim. Spend a couple of hours in this paradise to be reloaded by positive energy.
Spend the evening in the downtown streets. Even in the area of Plaza de la Tendillas are a variety of restaurants, wine bars and tapas bars offering cold meats, cheeses and seafood that you will hardly forget.
37.888175 -4.779383
San Miguel-Capuchinos, Córdoba, Córdoba, Spain 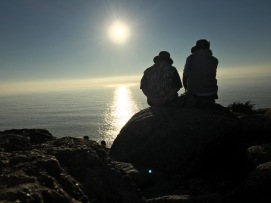 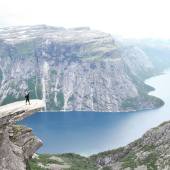