Vai al contenuto
ENGLISH
Our trip in southern Norway starts in the Stavanger Region where are two of the most popular hiking track of Europe.
The most popular one, a two hours hike to the windy top of the “Pulpit Rock” Preikestolen where you can live the amazing experience of vertigo peering down of its flat top 600m directly over the blue water of Lysefjord. Hiking further to the mountains above the pulpit rock is worth a wonderful view over a fascinating landscape now covered by clouds and now shining under the warm sun rays.
On the way back take the ferry to Lysefjord and drive the 27 hairpin turns up to a park place placed in front of a wooden building overlooking the fjords. This is the Øygardsstølen Cafe, where a hard 5km track starts to the Kjeragboltcen boulder, the chockstone, ad the end of a way going up and down several times through rocks, small rives, and muddy permafrost. The path starts with 300m of a very steep and slippery rock, where you have to help your selves holding you to the chains fixed to the rocks for the purpose of helping the less athletic hikers. It is so hard that the 300m can seem as they were more than 1000m. After that, the path becomes easier of a plateau that goes up and down reaching after 4 hours hiking the second wonder of the Lysefjord, the chockstone, lodged between two rocks about 2m apart. The favorite place for free jumpers because of its 1000m of empty space underneath.
Heading north-warts from Stavanger, stop wherever you like the landscape and where you want to dive in the wonderful atmosphere of Norway, you will drive close to the area of Telemark, a sparsely populated region with steep mountains, pinned by lakes and towns with the typical stave churches and the famous telemark canal, and old way of goods transport in the 19th century. On your way stop in Odda, and industrial town with wonderful location between steep mountains and a glacier scenery close to Tyssedal, you will be shocked by the majesty of the Låtefoss waterfall between Røldal and Tyssedal. While driving to Tyssedal they are recognizable on the right side of the road by the steam caused by water jumping from 165m height and flowing under the local road.
Once passed Tyssedal it takes about 20min to reach the path heading to Trolltunga, another breath taking hiking path, starting at the bottom of a 400m high plateau interpreted with lakes and glaciers and short vegetation. A 10km path will lead you to the Trolltunga, the Troll’s Tongue, a rock jutting horizontally with a 700m empty space above the breath taking scenery of the Ringedalsvatnet lake.
After about 4 days and 40km hiking it time to go back south-wards on the mountain region in the inland. Stop in Solvgarden along one of the several breath taking lakes Norway. In summer the best place to camp go fishing and relax. Only you and the astonishing nature around you. 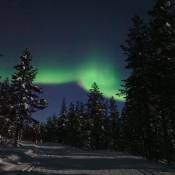