Do You have few expectations about Sofia? Then it’s time to think about it again. Relaxing, quiet and full of interesting aspects, Sofia is a European capital of a pure Balkan flavour, amazing especially for the way in which different cultures and religions use to live together peacefully within the same city.

The Bulgarian capital is in fact one of the cities where one can find an Orthodox church, a Christian church and a Mosque on the same road, placed in front of each other. Sofia can be visited easily. If you like to wake up early you can also do within a day. So, plan even a weekend to live quietly this city and above all discover its most hidden and interesting sides. Walking through the main streets starting from the Orthodox Church of Sveta Nedelya, head to the south of Vitosha to stroll on the shopping street up to the palace of culture and to the east on Bulevard Tsar Osvoboditel to find the most important historic buildings up to the Orthodox Alexander Nevsky Cathedral. Do not limit yourself to a classic touristic tour, because Sofia is a city that should be experienced in its most hidden alleys which preserve the energy of the third oldest city in Europe. We took advantage of a free food tour, organized by non-profit association of enterprising guys of Sofia, to discover a part of the city apart of the main streets, as well as to taste the local dishes and learn about many curiosities about Sofia and Bulgarian culture. It would be perfect if those tours would be organized in every city in the world to give the opportunity to every kind of tourist to know the city with the eyes of its citizens. In fact, thanks to this tour we get to know a really fascinating part of Sofia, on the East of Vitosha street where one can feel the true essence of the city outside the tourist chaos, strolling on the market of second hand books and the streets rich of typical restaurants and shops of local artists. It is worth spending a couple of hours here and try the local street food in the road that heads to the Orthodox church of Veti Sedmochislenitsi. History, legends, culture, street performers and food make Sofia one of the most beautiful cities one can visit. Set aside a weekend for your visit, as after every trip you will come back enriched.

10 Things to do in Sofia 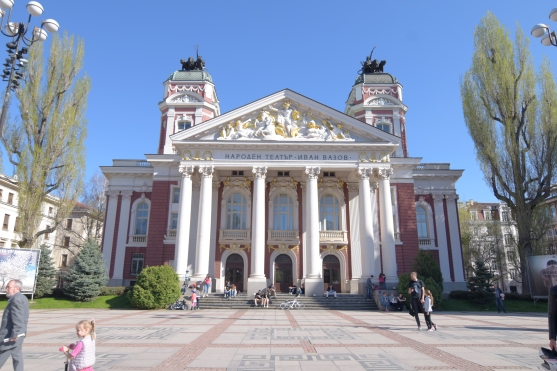 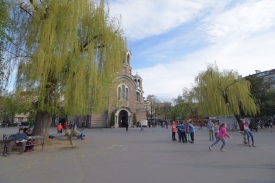 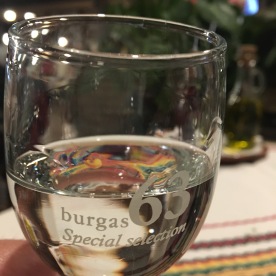 Bread with yogurt and cheese spread

It ‘obvious to find garlic in the Bulgarian cuisine, except in desserts… Yogurt is present everywhere, both as a beverage and as contouring or sauce to be associated with meat and vegetables. The influence of Ottoman cuisine is still present in many spicy dishes. Cheese and meat of goat and pork are present on all menus.

To drink: try the Bulgarian red wine, the one which Roman Empire legionaries used to drink . Close your meal with a glass of iced rakie.

If you liked this article, please give us your comments and follow us also on

1 commento su “10 things to do in Sofia. Few expectations and a lot of surprises”