Vai al contenuto
A city of ancient origin, which looks like a labyrinth of houses built on a hill at almost 1000 meters above sea level, it is a wonderful sight over all oriental Sicily: if the clarity allows it, from here you can see the vulcan Etna and much of the central and eastern part of the island. The city preserves important monuments of the Middle Ages such as the fourteenth-century cathedral, the Lombardia castle, which hides stratification of the Byzantine, Norman and Swabian era as document of very old origins and the Tower of Federico II of 1200.
Goethe in his “Travel in Italy” didn’t become a good welcome in the cold and foggy time that features the winter days in this town, but when sun shines this is the best place to enjoy a little piece of pure mediterranean life.
Close to Enna is the legendary Pergusa Lake, where the goddess Proserpina was abducted by Pluto, came out of the Etna vulcan to rape her while she was playing with some nymphs and collecting beautiful flowers. Her mother Ceres, the goddess of agriculture, went looking for her but was not able to find anything, stopping, in her desperation, the growth of fruits and vegetables, bestowing a malediction on Sicily making a desert of it. Eventually Jupiter with the help of Mercury convinced Pluto to free Proserpina who could come back to his mother. This explains also the changing of the seasons: when Ceres welcomes her daughter back in the spring, and when Proserpina returns back to her husband in the winter.
Wonderful landscape, gorgeous nature and legendary origins: this is simply worth to visit the town that has his eyes all over Sicily.
http://moviesonmap.com/?g4b=pi%3A53d3e115abb6cfaf613bc022%21bb%3A37.5214441%3B14.1671062%3B37.6128801%3B14.4086337%21l%3Asch%21nl%3A0%21si%3A1
37.565591 14.275128
94100 Enna EN, Italia 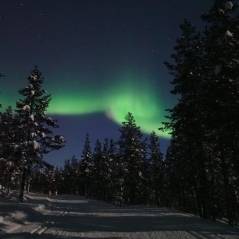